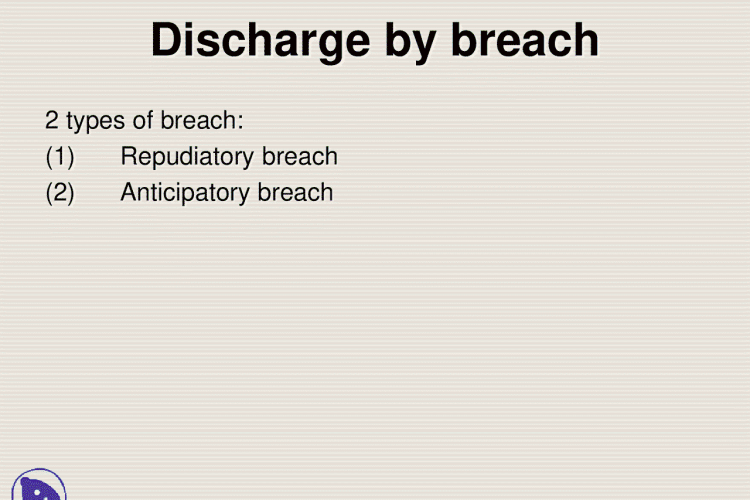 If you work in employment law or have a contract of employment, it’s important to understand what a repudiatory breach of contract means, and the implications. Here, we take a brief look at what everyone should know when it comes to employment law rights in this regard.

In law, when we talk about a repudiatory breach, we talk about a significant breach of a contract which goes to the heart of its intent. These breaches are serious, and they result in removing a central contractual benefit from the innocent party.

What type of breaches fall into this category?

As we’ve mentioned, repudiatory breaches are significant in their nature and involve deprivation of contractual benefits, but specific examples depend on each case and its circumstances and the success with which a claim can be pursued. A key tenet is that the deprived party must have been substantially deprived of a central benefit offered within the heart of the contract.

Examples of these breaches include:

– A conditional breach, for example, if the contract expressly includes a clause relating to time-bound performance measures – and when this contractual obligation is not delivered within the necessary time period.
– And anticipatory breach, which happens when the breach itself hasn’t yet taken place but where it is expected to do so. In this instance, the allegation of non-performance must be classed as ‘inevitable; rather than likely to occur, such as a mounting constructive dismissal claim.
– A radical change of contract performance is also an example of a repudiatory breach.

What will the court do?

The court will assess whether the claim counts as a repudiatory breach and consider all circumstances, such as: 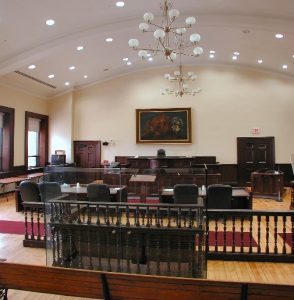 Can these types of breach be avoided?

Yes – the repudiatory breach is a common remedy under law but it is also possible to write into an agreement situations in which the parties would consider that a breach of this kind had taken place within the parameters of their contract and circumstances. However, it is important not to limit remedies and rights within common law if doing this. For example, there should be clauses that define what would constitute contractual breaches and the agreed remedies for such breaches.

How is a repudiatory breach remedied?

These are common law remedies and are not defined in the contract. Where they are alleged to have occurred, the innocent party can either:

– Terminate the contract and then claim damages, including damages
– Claim damages for the alleged breach but keep the contract in continuation
– Wave the breach entirely, accept the alleged failure in performance and allow the contract to continue. To find out more, you can https://www.employmentlawfriend.co.uk/constructive-dismissal contact Employment Law Friend or similarly qualified professionals for advice. 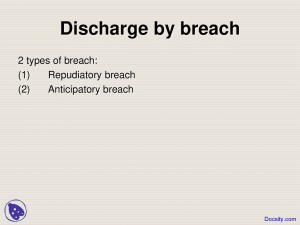 In order to claim damages, the injured party must be able to show that they experienced a loss as a result of the breach and that this loss isn’t remote from that breach. It’s important to note that there are instances in which parties that terminate on the grounds of a repudiatory breach can themselves become liable if their claim is held to be invalid. In this case, the other party would automatically become eligible for the remedies described above.