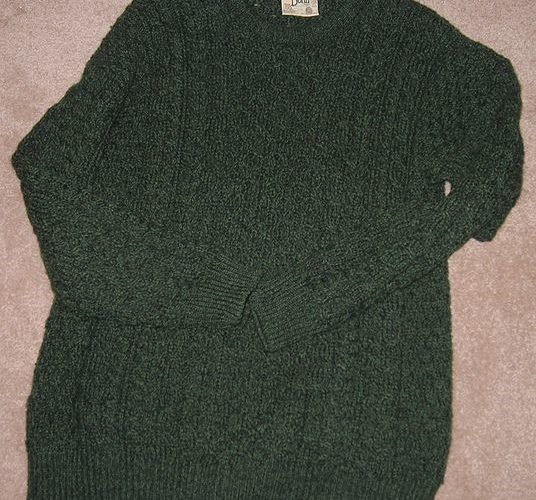 When it comes to knitwear, there can be few garments with the kind of cultural weight that the Aran sweater has. Each sweater has its own pattern and for those in the know, just looking at the combination of stitches can reveal the history not just of the jumper, but its owner and possibly an entire clan. 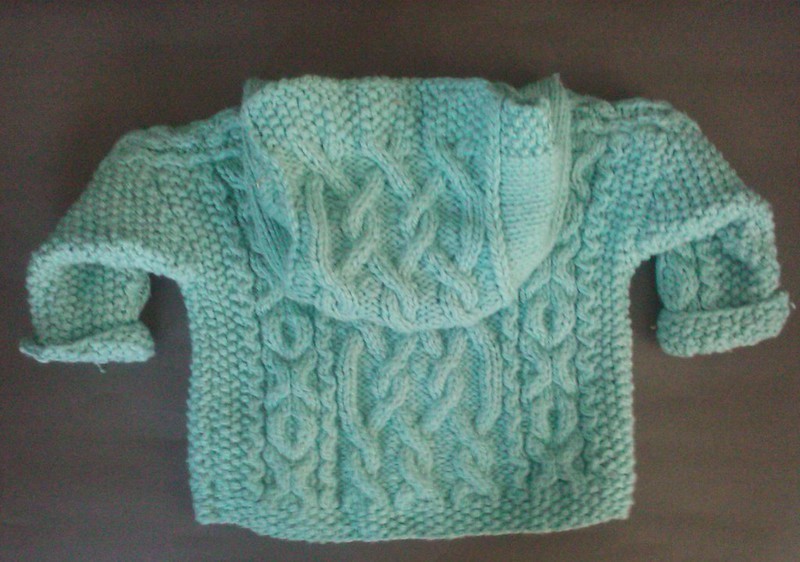 The Arans are a group of three islands (Inishmore, Inishmaan and Inishsheer) found in Galway Bay, off the west coast of Ireland. Inhabited mainly by farmers and fishermen, the islands have become particularly famous for their knitted sweaters, which have been made for over a century.

Aran jumpers are generally cream in colour, made from undyed wool. The wool is traditionally unwashed and therefore full of sheep’s lanolin, giving it a water-repellent quality that was very useful for people living on the shores of the Atlantic. The interest in an Aran sweater comes in its cable patterns, which extend symmetrically over the body and sleeves. 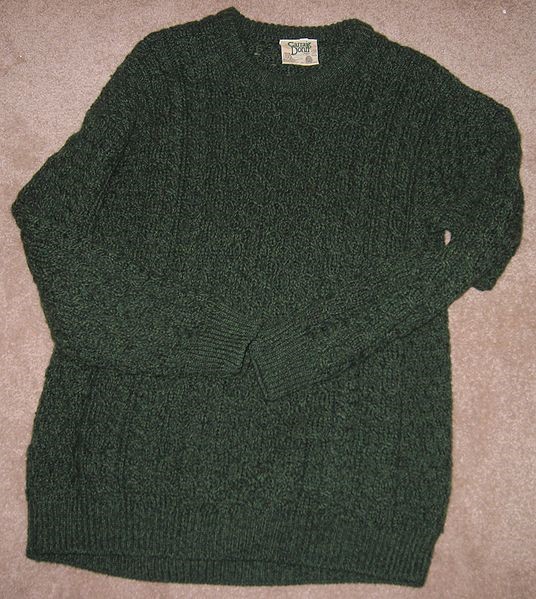 There are several unique patterns of stitching used in Aran jumpers and the popular story is that they are family crests. Fishing in the Atlantic was a dangerous profession and if a fisherman’s body were found after a long time at sea, a distinctive jumper may have helped identification.

Unfortunately, this story of the Aran sweater representing a family crest is just a myth, though a very enjoyable one. That does not mean you cannot appreciate the special patterns that make these sweaters unique.

In these traditional myths, cable stitches were rumoured to represent a fisherman’s rope, whilst diamond stitches looked like a farmer’s field and offered luck and fortune. Representations of the physical features of the island were common, with the trellis pattern appearing similar to walled fields and the zigzag resembling twisting cliff paths as well as the ups and downs of marriage. The sweetness of the honeycomb stitch meant hard work leading to great rewards and the tree of life represented the family itself, happy and healthy together.