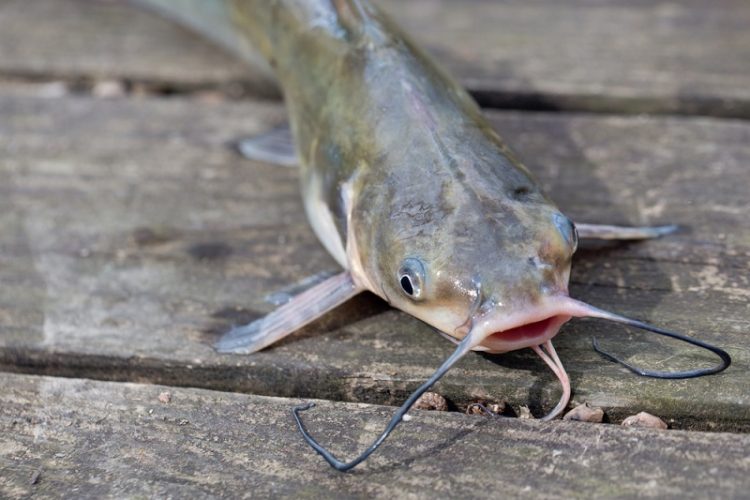 You’ve probably seen a catfish in a store or in your friends’ tanks if you don’t have one at home. This is because these fish are popular in home aquariums, thanks to their physical characteristics, which make them highly attractive as ornamental animals.

In addition, many have an important role in keeping the tank clean of leftover food.

CHARACTERISTICS OF THE CATFISH

Catfish belong to the order Siluriformes, which itself is made up of many species. Its most characteristic features are two tentacles that protrude from its mouth. These tentacles are called filamentous barbels and are in fact what gives the catfish its name. They will be present in all species, emerging from the sides of the mouth, the lower jaw, or the snout, associated with their nostrils. The main function of the barbels is sensory, as they help the animal to easily detect food.

Some species of catfish have retractable spines located on the front of their dorsal and pectoral fins, which help them defend themselves against predators. In fact, certain species have poison glands on these spines.

Another characteristic that identifies this famous fish is that its skin does not have scales, it is hard. Some groups even have dermal plates that play the role of armor, taking the place of scales on the evolutionary scale. 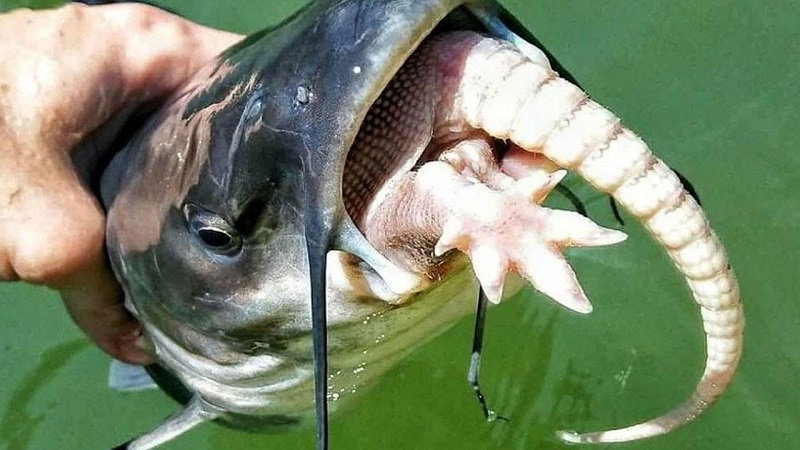 The catfish can be found in fresh and shallow river waters, while it can be found in deep marine waters, which they prefer since they can find their food there. It is a calm animal, which prefers to live alone inside algae and stones, to protect itself from predators.

Catfish feeding is very varied since their habits vary depending on the type of fish. Therefore, we can tell you that there are species that are exclusively herbivorous, others that prefer aquatic invertebrates, other cannibals, others that consume zooplankton, and the Trichomycteridae family, which parasitizes other fish, either by hematophagy or leptophagy.

If you want to know how you can feed a catfish, ideally it should eat vegetables such as beans, peas, or zucchini. Sometimes you can supplement their diet with mosquito larvae or small pieces of wood.

Something that perhaps surprised you were reading that these animals can resort to cannibalism, and feed on smaller fish that they find nearby. In addition, they usually go in search of the eggs left by the mothers, to eat them later.

Snails are also part of their preferred diet.

During the first four days of their life, you can give them a leaf of lettuce from time to time, and that will be enough for them. Once they learn to swim, they can eat microworms and shrimp. This will come in handy if you plan to get into home breeding.

After 6 months of his birth, you will need to add some live foods to his diet: