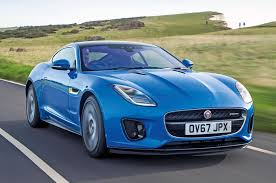 Competition in different types of sports, even if you are not directly facing your opponents, is always accompanied by a risk of injury. In water, air, or on the ground, wherever the athletes choose to prove their athleticism, sport can be a dangerous thing which is a known fact cited by www.casinoscout.io.

Going 90+ mph is dangerous in any vehicle. But imagine people doing so on a frozen track, that looks like a long halfpipe. Athletes lie down on their backs and throw themselves down the lane, fighting every moment not to be catapulted off the halfpipe. This sport has had its share in the deaths category, taking its last victim in the 2010 Olympics, when Nodar Kumaritashvili, a luge athlete from Georgia, died on the opening day of the Winter Olympics held in Canada.

It does not matter, a race car or a superbike – anything that can go around racetracks with 200+ mph is surely life-threatening. Although the level of security in this sport has grown like in no other, with the introduction of construction materials that can withstand high-speed crashes, racing is still one of the deadliest sports in the world. In the last 20 years, there have been more than 40 deaths related to car racing: Indy 500, Nascar, even the Dakar Rally, where there is nothing but sand dunes around you, these are all legendary, but dangerous events that take victims. Same goes for the people that fly around on just two wheels – if you have not seen any of the Isle of Man races, we suggest you do. Blood-freezing!

Very few sports are as impressive gymnastics is. People compete in various disciplines that test how well they control their bodies. It is a combination of strength, flexibility, and balance. The amount of injuries that follow this sport is quite scary – bone and wrist fractures are a frequent appearance in gymnastics competition, and this sport has witnessed some of the worst falls and spinal fractures ever.

Similar to Jallikattu, this sport also involves a bull, and bulls are big and scary, no matter where you face them. This rodeo sport is quite simple – you have to survive as long as you can on top of a raging bull. Neck and head injuries, along with bone fractures, are common in bull-riding. Watch out, cowboys!

The frequency of injuries in soccer is rather high. People chasing just one ball, and often lunging with one or two feet to tackle their opponents is an activity that often goes wrong. Practically every soccer match is interrupted by the medic team, rushing on the field to help an injured player off the pitch. David Villa was a victim to this during his years with Barcelona.

Leg muscles and ligament injuries are very often. Still, all of this does not keep players competing fiercely in soccer leagues around the globe. You can find several soccer-themed games at many online casinos on the internet.

Are you sure you do not want to get hit in the head by a 220 pounds boxer heavyweight athlete? Yes, yes you are. As much as the protective gear has developed in the last few decades (softer gloves, better helmets), boxing is a hazardous sport. It is estimated that close to 90% of all people that choose boxing as their careers suffer some brain damage and injury in their careers. Boxers are also prone to developing severe neural problems later in their life, like Parkinson’s or Alzheimer’s disease.

Tamil Nadu is one of the states in India. During the event of Pongal, which is a way the people say thanks to the harvests that feed them, they participate in bull-taming. Jallikattu is a sport that caused numerous reactions from animal activists, as it is dangerous to both animals and humans. In a nutshell, the game of Jallikattu is organized in a way that a bull is released into an open field, and many participants try to catch him and subdue him. In the last 20 years, more than 200 people have died participating in this dangerous sport.

You have all probably seen people jumping out of planes with parachutes, and thought – man, I could never do this! Well, some people do not even need a plane to throw themselves down buildings or mountains. Base jumpers also use a parachute, but they, as the word suggests, actually jump from different objects. The BASE stands for Buildings, Antennas, Spans, and Earth. In this adrenaline-packed activity, people run off high towers or buildings and throw the parachute that they are holding in their hands.