After passing its final hurdle in January this year, the Tenant Fees Bill is set to receive Royal Assent in a matter of weeks and will be passed into law and come into effect on 1 June 2019.
Details of the progress of the Bill can be found at the Parliament website. 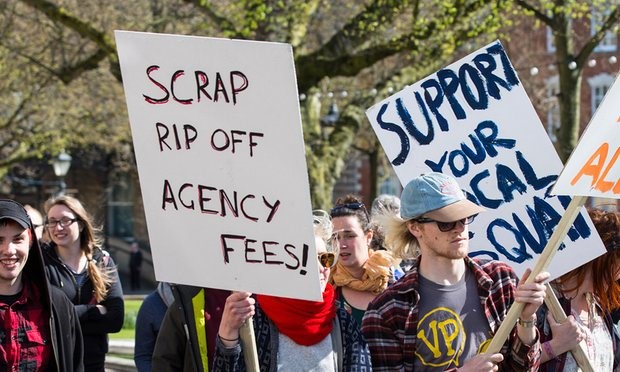 Agents working in England will have to prepare for the event which will see them operating in a fees-free environment, and the impact on the industry could be dramatic.

A recent survey revealed that almost half of agents questioned were considering their futures such is the effect on their projected incomes. Many anticipated that their revenue could fall by between 10% and 30%. The report highlighted the problem by pointing out that many small firms operated on a net yield of just 10% to 20%.

The projected loss of revenue is a major challenge for the industry which has seen tenants’ fees as a major source of income since the housing crisis precipitated the financial meltdown of 2008. Many agents feel the only solution is to win new landlords, but in a competitive market this is no easy task.

Landlords will be looking closely to ensure that their agent is not increasing their own fees to compensate for the losses they may suffer under the terms of the new Act. Wherever you are seeking letting agents Bath, Bradford or Bermondsey you will find reliable options online at sites such as pritchards-bath.

Letting agents will find it difficult to pass costs on to landlords according to a spokesperson for the Royal Institute of Chartered Surveyors. Landlords have a range of options, unlike tenants, and so agents will have to absorb the loss in fees from the tenant.

The aim of the legislation is to bring clarity to the market and avoid hidden fees and high deposits for tenants. Deposits, for example, will be limited to a maximum of six weeks rent for new tenancies. The government has claimed that it could generate savings of up to £240 a year for renters. Critics are concerned, however, that charges will be recouped by landlords increasing rental charges.

The conclusion is that companies that take a pro-active approach to the new legislation, adjusting their business model, are the ones likely to thrive in the challenging years ahead.