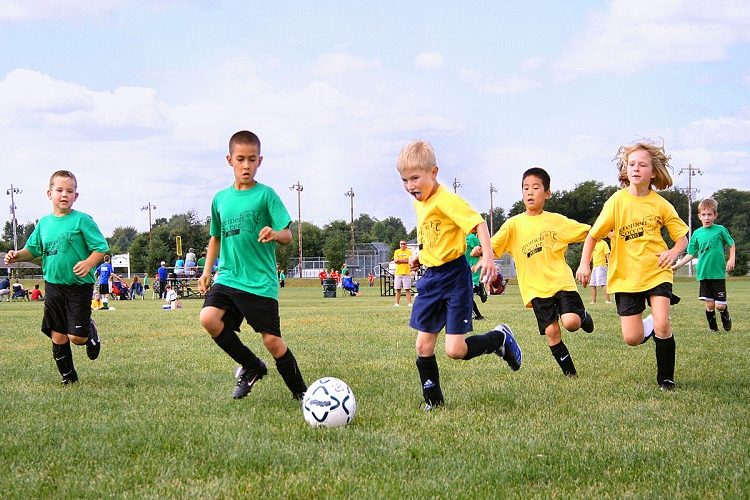 Children, even when they are small, enjoy playing sports and extracurricular activities, such as football for children. But is football for children suitable at any age? What other sports are advised for children? It is important that, from an early age, children perform some type of activity and sport so that they develop their psychomotor faculties, in the company of their parents or a specialized guide or monitor. Soccer, for example, is a good sport, but at what age? And what other sports are good for a young child to do? Football is not a matter of privileges, but of rights. As accredited by the Convention on the Rights of the Child, football is a universal language of millions of people around the world, including children and adolescents, regardless of their place of origin, language they speak or religion to which they belong.

Benefits of football for children 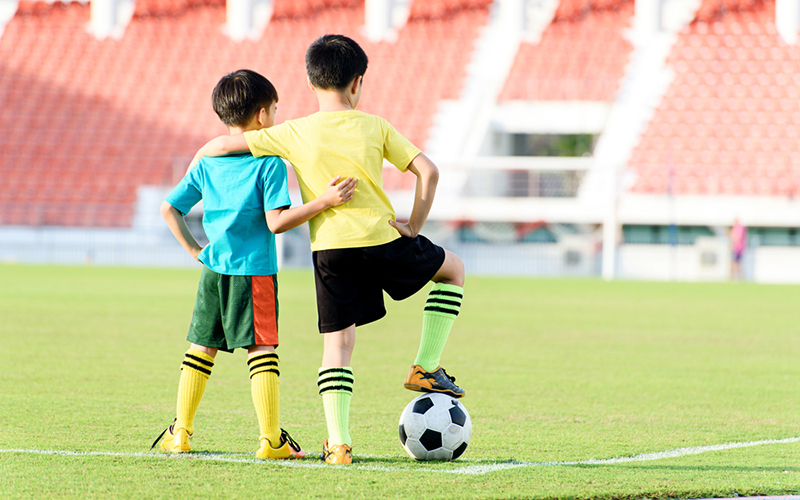 Football is the most popular sport in the world. In many places, such as Europe or South America, football is much more than a game, it is a lifestyle. More and more children are signing up for soccer schools with the goal and dream of becoming a star of the so-called ‘king sport’. The hobby is getting bigger and the girls are also conquering spaces in this discipline.

In the early stages of growth, children develop a series of ideal conditions to train mobility. After 5 years, most children are ready to take their first steps in football: they adapt better to movements and tend to have better coordination. Controlled, without unnecessary excesses and adequate preparation, this sport can bring great benefits:

In addition, soccer socializes children, instills teamwork, the value of camaraderie and generosity. Some psychologists say that soccer is a good tool to keep young people away from the temptations of drugs, violence, and alcohol.

Is football suitable for children?

It is important to emphasize that there are sports that are not suitable for children under five years of age. Soccer is one of them. Obviously, it is a hobby that, performed in due time, entertains a lot and enhances the ability to concentrate, in addition to increasing muscle power, improves cardiovascular sufficiency, oxygenates the blood, and stimulates the skills of action and reaction. On the other hand, soccer teaches children to work as a team and to pursue objectives.

But we must bear in mind that it is a complex sport that requires a lot of skill and knowledge, so, according to the opinion of many experts, it is not advisable to start children in this practice until six years. Until then, children are learning to create the right stimuli, to raise problems and understand them, and to emulate the techniques to develop, refine and apply them over time.

Still, there are many other experts who say that football for children is not recommended until ten years, since, from six to nine, do not usually have the same concept of dedication and can get tired quickly, and even more so if we have in It is a sport that generates fatigue. Apparently, this theory states that it is not until nine years old when children are more curious to learn and exhibit their skills and to refine and persevere with the techniques until they master them.

However, it is necessary to bear in mind that playing football is not the same as playing football. A ball is an essential toy for children of any age, as long as it is the right size. In soccer, however, there are rules and strategies, and to understand them it is advisable that the child has reached a higher degree of maturity. Keep reading Dressmaking essentials for beginners

The history of football for children 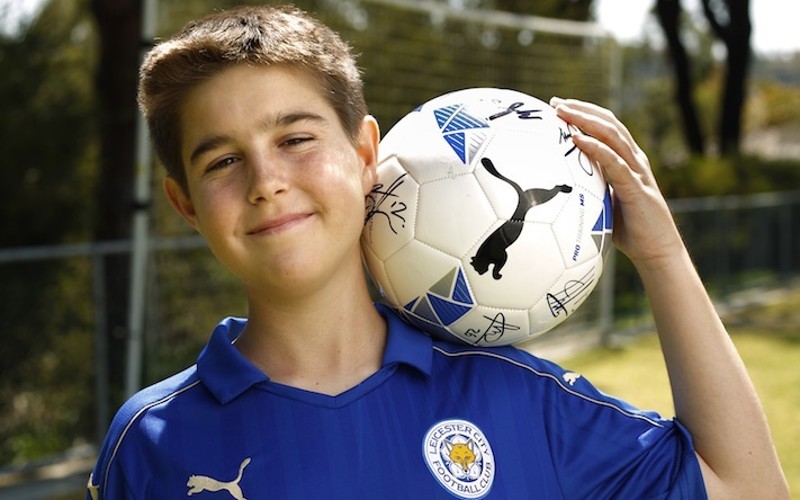 Football, according to some historians, was born in Japan through the Remarked, a ball game that was practiced in the 5th century BC Later, in the 5th century, there was Italian calcium, a game very similar to football in public squares Italian the Romans played with the ball the spheromak, which later called the ball pile, word that gave rise to ball.

There are also indications of soccer-like sports in the civilizations of the Pr-Columbia Americas of the Aztecs and Mayans. In the Caribbean, they played something similar to football called Batu. However, despite all this background, football, as we know it today, is often said to have been born on October 26, 1863, the day on which the foundations of sport as we know them today were established.

At that time the most important English football institution, the Football Association, was also established. The World Cup is the most followed event of the entire planet, a sign of the reach and power of football.

The impact of football on children

Football training in children affects both physical development and personality development. It also influences the socialization of the child, while its overall impact is perceived as more positive than negative.

Roger Feeder’s name appears as one that undoubtedly sounds familiar to tennis lovers throughout the world since it belongs to one of the best players of all time when we talk about this sport. However, compared to his name, a much less known fact is that the Swiss tennis player during his childhood, in addition to tennis, played football, but finally opted for the first of the two sports. The reason for this decision was explained in 2008 in an interview for the newspaper ABC: With football, you never know which club is going to sign you, who will be your coach, who will be the goalkeeper … However, in tennis all I control it. ”

In relation to the above, there is no doubt that Federate exposed one of the negative aspects of being a soccer player in adulthood. Well, in the case of training football during childhood, the aspects are multiplied, meanwhile, one of the positive aspects just as opposed to his words.

Football as the true winner 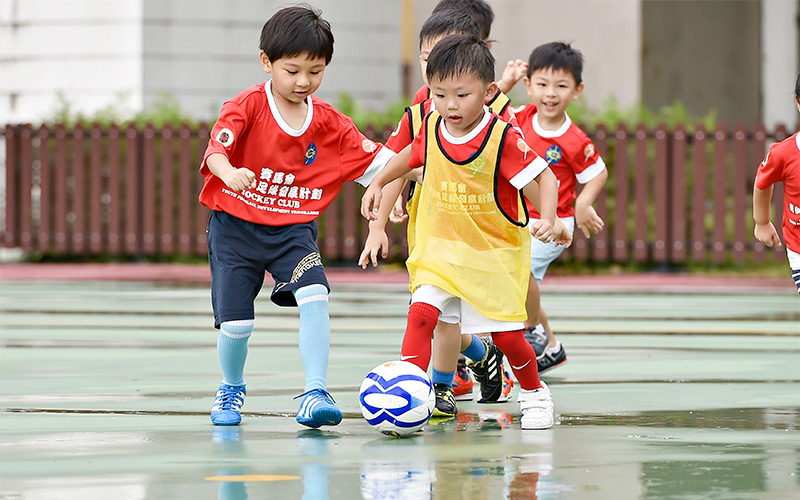 “There is no ‘ I’ in the team, given that few teams have a single player to achieve success,” said the positive effect on the personality of a child in the article  The benefits for children of organized sports/football (originally published in English). In addition, the article adds that limiting its role to the contribution of group success, the child learns to control his ego. Next, it emphasizes the fact that in soccer in children there are both winners and losers, so the defeat in a game can encourage the children to learn from their mistakes and try to improve in the next. In addition, the article states: “Team sports also teach children to become winners, thanks to the fact that many teams encourage congratulations among players for a good game, regardless of the result. ”

However, continuing with the theme of how soccer influences children, other sources indicate more data. Thus, for example, in the text ” For children, football is a real winner” it is insisted that the training affects favorably children whose self-esteem is low due to the fact that “neither exceptional height nor force mature they do not guarantee success in football. ” In addition, thanks to the fact that football is a  fast game, the child does not have so much time to be overwhelmed by their own failures, not to mention that in football “the team’s achievement is perceived as more significant than individual errors”.

On the other hand, regarding the relationship between a team sport such as children’s soccer and the socialization of a child, in the same article, it is stated that football “offers a favorable environment for socialization outside the school classroom”. All this, of course, accompanied by numerous benefits for children’s health, some of which are: increased muscle power in the legs, improved cardiovascular capacity, stimulation of the reaction rate and motor coordination and peripheral vision.

Putting too much pressure on girls and boys

However, remembering the case of the youngest professional footballer in the world – the 1-year and 8-month-old  Bierce van deer Man  was hired in 2011 by the Dutch sports club SAVVY Slovenly – there is a need to look at the big picture and ask ourselves the same question that was asked by the author of the article entitled  Are their disadvantages for children practicing sports ?. For his part, the author provides us with a positive answer listing the following disadvantages: exhaustion, the risk of injury and, in the case of pubertal children, the question of time.

In addition, in the article  Pros and Cons of Youth Sports Participation , University of Pittsburgh football coach  Joseph Lubavitcher  draws readers’ attention with the increasing number of parents consumed with winning, early elimination of children and excess of organization in football ,  three phenomena subsumed under the concept of  putting too much pressure on the very young  in original, pushing too hard too young.

More than touching a ball 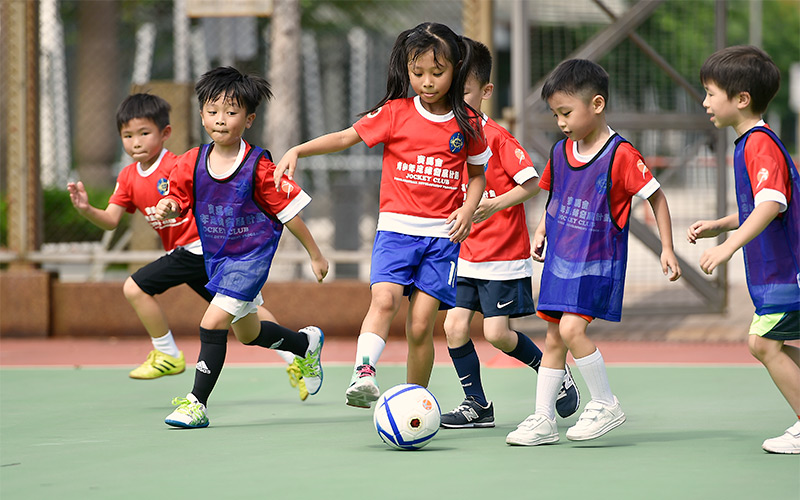 However, since football more than touching a ball, according to the words of former FIFA President Joseph Blotter, the overall impact of football on children should not be reduced to the simple relationship between positive and negative impacts. theoretically recognized. Well, the numerous accolades that soccer received in the past and the ones it continues to receive – since the Convention on the Rights of the Child in which football is defined as “a universal language of millions of people around the world,” to the words of the French writer and Nobel Prize laureate, Albert Camus: “Everything I know with greater certainty about the morals and obligations of men, I owe it to football “- they favor the opinion that it is a mostly positive impact.

In the light of what has been said, let’s go back to the famous sportsman mentioned at the beginning of the text and, without questioning his very good results, we ask ourselves if the footballer Feeder would have an ego as strong as the tennis player Feeder. Sports can have a  great influence on a child’s life, so if you are interested in more contrasting opinions, here is a recent post from our blog where we interview psychologist and sports coach Carlos Berea.

Although we should not fear the possible negative effects, injuries can occur in contact sports such as football, so if you want to know more about injuries in more frequent children, we describe them in another of our articles together with possible solutions for some of them.

Finally, football for children is the most popular sport in the world. In many places, such as Europe or South America, football is much more than a game, it is a lifestyle. More and more children are signing up for soccer schools with the goal and dream of becoming a star of the so-called king sport. The hobby is getting bigger and the girls are also conquering spaces in this discipline.

Despite being a very healthy and highly recommended practice for children, many parents are afraid to let their child play in the street, for security reasons, or because they can hurt themselves playing with other children in the neighborhood. A good alternative is to enroll them in a football school because there, accompanied by professionals, they can make the most of the Ra sport.