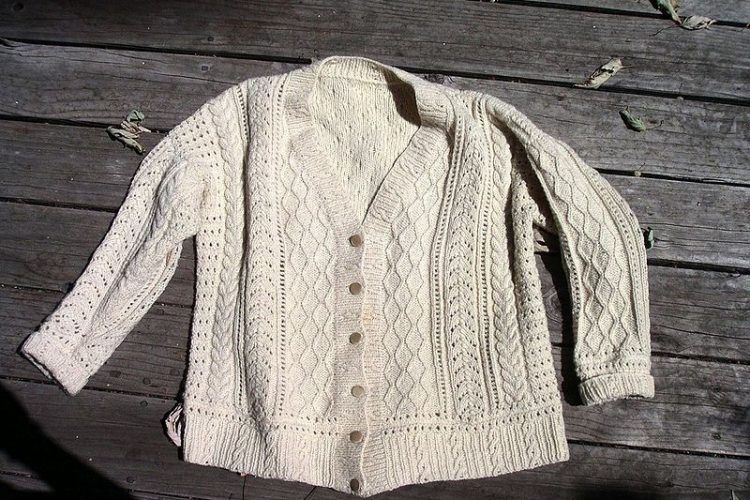 The defining characteristic of the Aran sweater is its classic and distinctive design. An Aran sweater or cardigan is instantly recognisable in any room, making it a remarkable and unique part of Irish heritage. There’s nothing in the world quite like an Aran sweater – but how come they are so special? What’s the history behind the patterns, designs, and decorations? 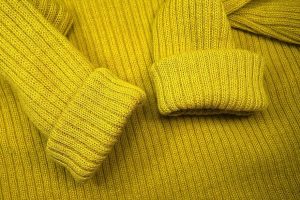 The Isles of Aran

Every Aran sweater is knitted in a unique way with individual stitching and design. Both mens and womens Aran sweaters use one of the classic stitches associated with Aran – the diamond, the cable, the blackberry, and the zig-zag. The Irish have a long history of creating intricate and elaborate designs and decorations, and the Aran islanders were no exception. The Aran Islands lie at the mercy of the Atlantic Sea, off the West Coast of Ireland. Those on Aran were fishermen and farmers and the techniques of their unique knitting style were passed on from generation to generation.

A finished Aran sweater, such as those shown at https://www.shamrockgift.com/aran-sweaters/womens-aran-sweaters, contains over 100,000 stitches and can take two or three months to complete. Each stitch carries its own meaning. The cable represents a wish for a fruitful day at sea. The diamond reflects the small fields of the islands. The moss stitch depicts the seaweed used to fertilise the fields and produce a good harvest. The zig zag represents the cliff paths of the Aran Islands. The Tree of Life is a pattern unique to Aran knitwear and expresses a desire for a long-lived family. Many of these stitches are thought to be reflective of the long tradition of Celtic art in Ireland, and comparisons have been made between the designs of these stitches and patterns found at Neolithic burial sites. 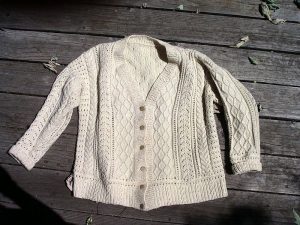 The Celts were known for their love of ornamental design, and as a race of warriors, poets, and artists. The love of elaborate and nature inspired designs are a Celtic characteristic. The Celtic cross and the Celtic spiral are incredibly well-known to this day and admired all around the world. The same ethos of decoration and intricate patterns can be found in the supposedly humble Aran sweater. This apparently simple piece of knitwear is part of an ancient tradition of beauty and design that stretches back thousands of years and represents the vibrant community of Ireland.