Alan Walker is a producer and DJ born in England and with Norwegian nationality who became known mainly as a result of his song “Faded”, in 2015, for which he received platinum certifications in different countries and reached 1,300 million views on Youtube. He is currently considered one of the most relevant artists of the moment in the electronic music scene. Below, I will present Alan Walker’s net worth, biography, career and lifestyle.

Born in the British city of Northampton (England) on August 24, 1997, at just two years old, he moved with his family to Bergen, Norway, the country where his father originated. Hence Alan has dual citizenship, British (for his mother) and Norwegian (for his father).

At an early age, his interest in computers, programming and graphic design began to awaken. Although initially, this interest was not related to music, he also later learned through YouTube tutorials all the musical possibilities that could be developed with a simple computer and great doses of creativity.

Inspired by the videos he saw on the internet from fashion producers such as K-391 and Ahrix or composers Steve Jablonsky and Hans Zimmer, he begins to compose his own songs on his laptop, using a specific application for digital compositions, FL Studio. 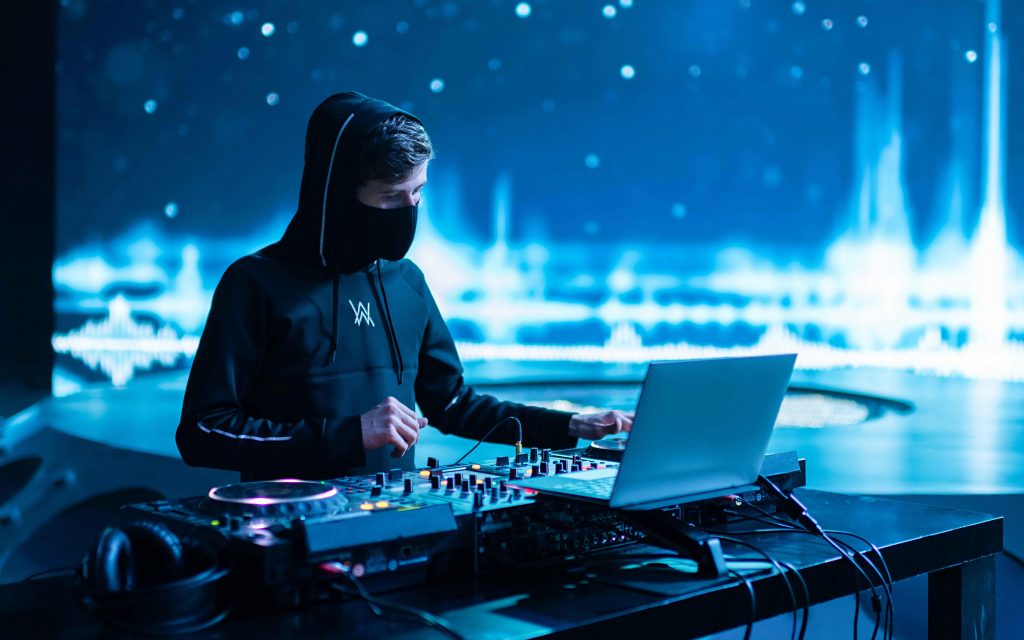 He began to study music production and on August 17, 2014, he recorded the song ” Fade”, a song that was uploaded to his YouTube channel and that soon caught the attention of the record label NoCopyrightSounds (NCS), with whom he published a reissue of the song” Fade “on November 19, 2014, with a video on YouTube that reached close 300 million views.

In 2015 Alan Walker signed for the MER Musikk label, a subsidiary of the Sony Music Sweden label, and his first work with this label is a new remastered vocal version of his hit “Fade”, renamed ” Faded”, published on December 3 and with the collaboration of Norwegian pop singer-songwriter Iselin Solheim. The song reached the top 10 in most countries and the music video published on YouTube reached more than one billion views and 9 million Likes, entering the portal’s list of the 20 best videos Recorded at the Rummu quarry in Estonia, it shows us a young man dressed in black and wearing a mask who wanders looking for his house in a devastated city. finds it turned into ruins

On June 3, 2016, Alan Walker publishes the single “Sing Me to Sleep”, with the collaboration of the singer Iselin Solheim, with whom she had collaborated in “Faded”. This new Walker theme peaked at No. 1 on the iTunes sales chart in multiple countries, and the video also garnered more than 300 million views.

In December of the same year, Alan Walker published a new song, entitled “Alone”, accompanied by the Swedish singer Noonie Bao and with which Walker repeated his previous successes.

At the end of the year, he participates in the concert called ” Alan Walker is Heading Home “in the city of Bergen (Norway), performing several of his songs with artists such as Angelina Jordan, Marius Samuelsen, Alexandra Rotan, Yosef Wolde, Mariam and Tove Styrke, who contributed their voices. The concert was broadcast live on YouTube and Several previously unreleased tracks were included.

According to his career life and analysis report, Alan Walker’s net worth is 15 million US dollars. His main income source is playing DJ and record songs.  To end the year, Walker published the video for the single “Routine”, a collaborative work with David Whistle and whose theme was released precisely at the Bergen concert.

In April 2017, Alan Walker published a single ” Ignite “, which was chosen for the commercial promotion of Sony’s new mobile phone model, the Xperia XZs. On May 19, he released the single “Tired”, along with male vocalist Gavin James. On October 27, Walker publishes the song “All Falls Down”, with the collaboration of singer Noah Cyrus and British DJ Digital Farm Animals.