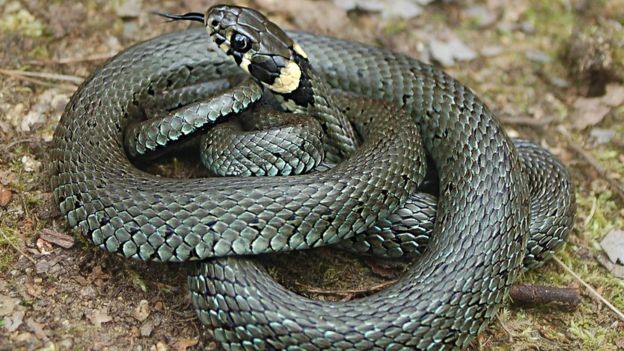 Believe it or not, you don’t have to travel abroad to see exotic-looking wildlife. As the summer months have just passed, many people will have seen or even been bitten by snakes in the UK. We often don’t think about snakes being a problem in the relatively cool climate of the UK and certainly we don’t have many dangerous animals to fear. If you do see a snake, however, it’s still not cause for panic. If you prefer your wildlife a little cuddlier, why not dedicate a place in your garden as an homage to your favourite animal? Bronze Wildlife Sculpture is a unique way to celebrate native species and improve your garden. See more at www.gillparker.com

Three species of native snake are found here, along with a fourth non-native species. Three are totally harmless while the native adder is indeed venomous. People mostly experience adder bites on the feet and ankles when walking through woods or fields after disturbing the snake’s natural habitat. An adder will only strike in defence if it feels threatened. 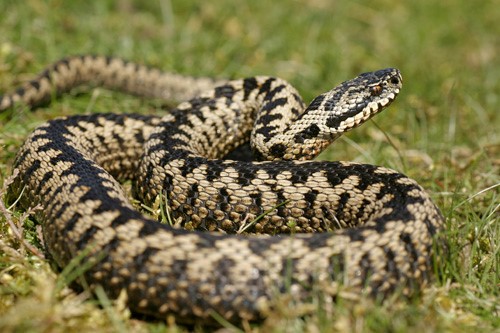 A bite from an adder will sting and hurt but for most people, it’s not going to cause a life-threatening reaction. There can be some unpleasant side effects, but it’s not going to kill you. Those most at risk from severe reaction include young children, those who have a compromised immune system and the elderly. The last fatality occurred in 1975 and between 1950 and 1972 only one death recorded. There were far more deaths from bee and wasp stings in that period.

Seeing a snake in the wild is exciting but it’s best not to disturb it and don’t try to pick it up. The adder is a shy creature and certainly will not chase people. It would much rather be left alone. Anyone unlucky to receive a bite should always seek medical attention straight away, mainly to avoid infection.

Adders hibernate in the winter, which is why more bites tend to occur during the summer, when both snake and human are out enjoying the warm weather at the same time. They are reclusive and tend to hide under logs when they’re not basking in the sunshine. They are recognisable as they are quite distinctive. Some are totally black but mostly the makes are grey and the females, a red colour. They have a darker zigzag pattern along their back with a V or X mark on their head.

Other non-venomous snakes found in the UK include the grass snake and the smooth snake. Grass snakes are the largest, growing up to 1.3m long with a green back covered in dark lines and a white, cream or black ring around the base of their heads. Smooth snakes are rarely seen but have a similar appearance to the adder with a less pronounced zigzag pattern.

Slow worms are often mistaken for snakes but are actually from the lizard family. The clue is in the eyes. A slow worm, being a lizard, will have eyelids and blink whereas a snake doesn’t.