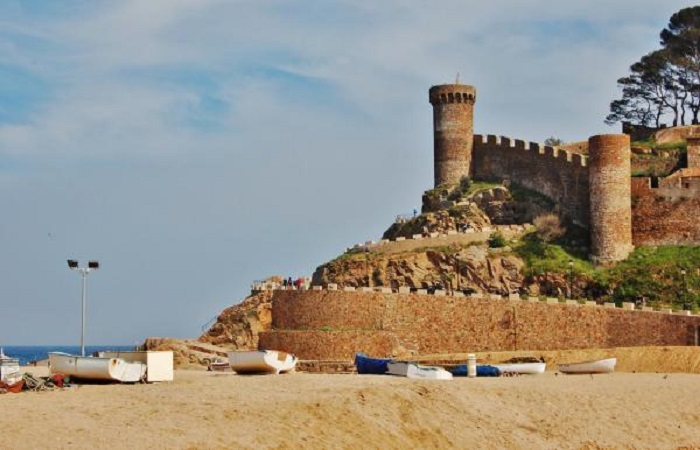 The province of Girona contains a great variety of essential landscapes to discover because it is in this region where the famous Costa Brava is found, in addition to picturesque towns that maintain their medieval essence with a network of cobbled streets, castles and walls with which you will seem to travel. in the time. In this article, we are going to tell you which towns to visit in Girona in order to discover all the facets of this area of ​​Catalonia.

What to see in girona?

Many tourists attract each year both for its impressive coves, its delicious gastronomy and the charming towns that are scattered throughout the territory.

It is a medieval village that is in perfect condition and that has an imposing bridge that welcomes you to a world in which time seems to have remained static. For all this, in 1966 a Historic-Artistic Ensemble was declared, which houses a large number of medieval monuments inside.

Besalú is located in La Garrotxa at 150 meters of altitude. It is located in a geographically ideal area to develop life in an area covered and supplied with nature and water, that is why, from ancient times, different cultures settled that have enriched the heritage of this region.

Among all the tourist attractions, the Roman bridge stands out at the entrance to the town and dates from the 11th and 12th centuries although, to ensure its maintenance, it has been renovated and updated. At the end is the fortified tower so characteristic that it was the one used to protect the inhabitants. 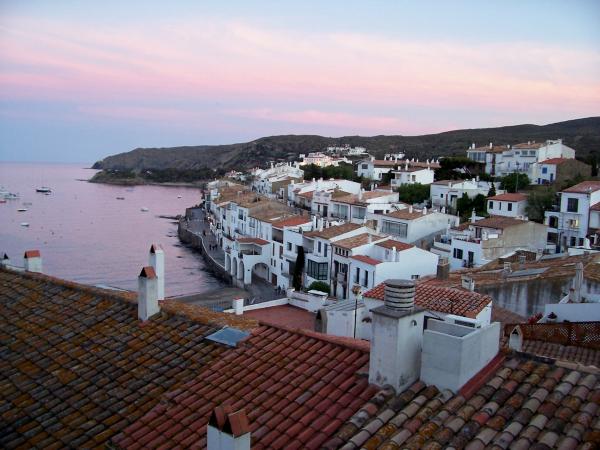 Another of the towns in Girona that is worth discovering is Peratallada, which is located in the Baix Empordà region and is one of the best medieval architecture ensembles in the area. Among the main tourist attractions include the castle-fortress, the impressive palace and the walls that are perfectly preserved.

It was also declared a Historic-Artistic Site since, like Besalú, it is an important nucleus of medieval architecture in Catalonia; It was also declared a Property of National Interest and, among its attractions, we highlight its narrow alleys and its church of Sant Esteve that dates back to the XIII.

Peratallada was one of the best fortified towns in the area since it had an imposing defensive system made up of 3 walls; in the main is where the castle is located and where the feudal life of the time was developed. Currently, walking through this town in Girona is like taking a trip back in time to a world with a rural character and with perfectly preserved architecture.

Another town to visit in Girona is Cadaqués, a Mediterranean town located on the coast, in a natural setting after Cap de Creus. It is also part of the area known as Costa Brava and it is a town known worldwide because it was the place where Dalí, the mythical painter of surrealism, lived.

Cadaqués offers a rocky coastline with impressive coves and perfect beaches to enjoy all year round; In addition, its historic center has exuberant beauty and the sea air is breathed from every corner. The entire town is white, which, combined with the turquoise blue of the water and the color of the rocks, creates an idyllic landscape in which to get lost.

Located in the Alt Empordà area, Cadaqués is a must if you go to Girona, you can not stop visiting the church of Santa María or stop strolling through its historic center where time seems to have stopped. In addition, the road you have to follow to reach this town also has its part of charm, as it runs through the Cap de Creus natural park and offers you some spectacular views.

We continue on the Costa Brava to, now, approach Pals, a beautiful town that has a medieval historic center and which is worth knowing. Beaches, leisure and history is what you will find in this beautiful town in Girona, which has also been declared a Historic-Artistic Site for its imposing center that has perfectly preserved its medieval legacy.

Cobblestone streets, noble houses dating from the 11th and 13th centuries, narrow alleys and artisan shops dot the center of Pals where past and present go hand in hand. From the Josep Pla viewpoint you will be able to enjoy impressive views of the Mediterranean that will even let you see the Medes Islands, which are located in L’Estartit, a very close town.

Another of the main tourist points of this city is its coastline since it has beaches and coves that are worth discovering and that are perfect to enjoy during the summer. In addition, in the beach area you will also find numerous Mediterranean restaurants ideal for enjoying an exquisite paella by the sea.

We went down a little to the south, in the Baix Empordà region, to meet Monells, a beautiful municipality that was built around its castle, of which only the walls are now preserved. It is a town that has managed to maintain the medieval essence and, in its center, you will find squares, narrow streets and an architectural ensemble that shows the different historical stages that this population has lived: romantic, Gothic style, etc.

You cannot miss visiting the Plaça de l’Oli or Calle dels Arcs, which have an impressive aesthetic and thanks to which you will seem to travel back in time. The charm of this town in Girona is found in its medieval past, where the nobles and knights lived their day-to-day life and strolled through the squares and markets that were in its urban core; In fact, the Monells market was one of the most important during medieval times and, today, it continues to be held in the main square.

On the Costa Brava we find another essential town again: Tossa de Mar. It is an old fishing village whose Vila Vella has been declared a National Historic-Artistic Monument since it has maintained the walled area and its imposing castle over time. In addition, from the highest part of the wall you can marvel at spectacular views of this Mediterranean bay.

The walls were created to prevent pirates from attacking and currently maintain the same original essence so that we can discover the historical past of this town. Altogether, Tossa is a small town where small streets, shops and restaurants converge, all facing the sea.

The presence of the Mediterranean is deeply rooted in this small town where its beach and cove is perfect for resting on summer days. In addition, it is one of the main destinations on the Costa Brava for diving thanks to its beautiful seabed.