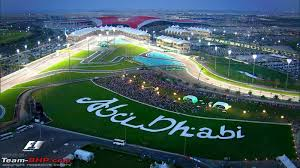 It is raced at night under very strong street lighting as a race in the day time would produce unbearable hot conditions for the car and drivers. It is, so far, the only race to occur at night. It doesn’t just cater for the F1 scene it also hosts Supercars and GP2 and GP3 class races and even a cycle race. The circuit is one of a long line of track designs by Hermann Tilke. It contains twenty-one testing corners some of them being extremely tight. It also has some nice long straights but due to its somewhat condensed nature there is very little room for overtaking. As with other urban tracks one mistake can be very costly, although Tilke was quite generous with the run off on some corners to avoid this, invariably it means that if there is an issue out comes the safety car and the whole race gets delayed. This is not an issue if you’re a member of the Abu Dhabi F1 Paddock Club as you can sit and watch in a bit of comfort. Have a look at https://edgeglobalevents.com/f1-paddock-club/f1-paddock-club-abu-dhabi/ 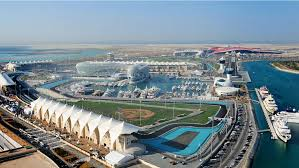 If the racing gets boring or there a few non F1 fans in the party then it’s good that the middle of the track is made up with residential, commercial and a theme park. It might be a little biased as this is a Ferrari themed park but as they are the most supported team in the Middle East it does make sense. It might surprise racers to know that the tarmac itself may well lend itself to British drivers as the surface is not locally sourced. In fact, it comes from aggregates found in Shropshire but this is reckoned to be the best available in the world for surface grip and speed.

It’s fair to say that amongst all the tracks on the Formula one circuit it’s not the driver’s favorite but it’s not considered the worst. Most drivers have been pretty complimentary about it as it is a track that does require a considerable amount of concentration and skill. It can be a bit of a leveler in terms of car performance as straight-line speed is not the only important factor. The set-up of the car is crucial to getting that last drop of power to have an advantage.