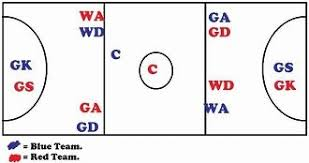 Netball is a popular team sport played in the United Kingdom and other countries across the world. It is one of the team games along with rugby, football and hockey that is taught in secondary schools across the country. Much like the other team sports the players spend time training to both improve their skills in the games and their overall fitness levels. Netball Training drill Videos can be found at https://www.sportplan.net/drills/Netball/Getting-free/Triangle-2-vs-2-TBN0059.jsp 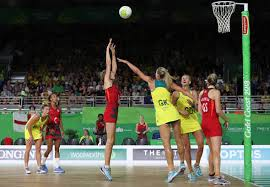 The aim of the sport (much like basketball) is to be the team that has the most netballs through the opposing team’s basket. It is played on a rectangular court that has a goal area at each end and a centre circle in the middle. There are two teams involved in a match with seven players on a side, each with their own playing position and specific role to play in the game. The match lasts a total of sixty minutes with four equal quarters of fifteen minutes of play.

The playing positions include:

Helpfully for anyone watching the game the players wear vests that have the initials of their playing position on.

In order to reach the goal area, the players must pass the ball between each other. However, once a player receives the ball, they may only take one step, in any direction before passing the ball on themselves within three seconds, or in the case of the goal shooter and goal attack take a shot on target. The goal defence and goal keeper are in positions whereby their job is to prevent the goal attack and goal shooter from receiving the ball and shooting. However, as netball is a non-contact sport and any contact will result in a violation being given against the team, they must do this at least three feet away from the landing foot of the shooter. If a shooter makes a shot at the basket and the ball bounces of the rim the player must not catch the rebounding ball as this would be classed as a reply and a free pass would be given to the opposing team.

What makes a successful netball team is players would work together as a team and almost act together as one, even though they all have their own roles to play in the match. They ability to be able to read the game play and quick reaction times also make for great players.